Paper investigating the use of regression modeling techniques to predict the Net Asset Value (NAV) of domestic mutual funds in real time, and suggest a trading strategy.

This paper was written as a part of an undergraduate course taken, “EE8591 Predictive Learning from Data,” given by Vladimir Cherkassky. This paper investigated the use of regressive modeling techniques to Predict the net asset value of mutual funds.

Domestic Mutual Funds are priced on a daily basis on US-based Stock Exchanges, at the end of the day, after trading, through a methodology known as, “Net Asset Value,” or “NAV”. Index Funds however, are priced more or less algorithmically, on a continual basis, based upon continuous trading. Leveraging the, “Efficient Market Hypothesis,” and the time delay inherent in Mutual Fund NAV Pricing, it is possible to build a trading strategy that leverages the information gap, as this paper demonstrates. 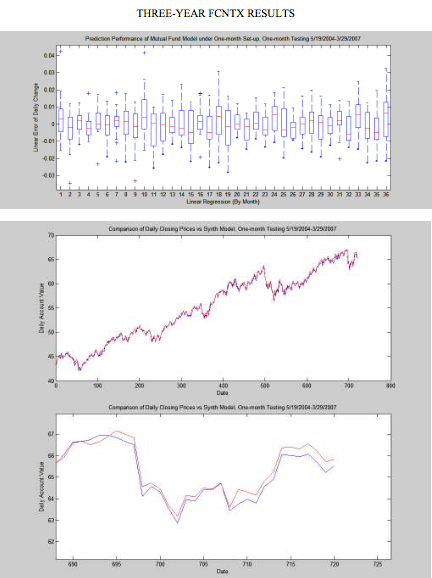 Benefit and to Whom

This project was purely for my own learning as a part of University Studies. Algorithmic trading strategies are much more widely attempted today than when this paper was written. The data used to generate these algorithms were manually downloaded CSV files from Yahoo Finance. Financial data API’s and Python-based notebooks for algorithmic trading became available years after this paper was written and have been available for years since. Additionally, laws had already put in place long prior to this paper being written that prevent frequent trading of mutual funds within a 90 day time period, rendering this strategy more or less useless.

While algorithms can be built, the competitive nature of the space has continued to increase. Loopholes may be found with a highly expert awareness of the laws relating to trading financial instruments. This is not an endeavor to be taken lightly without expert knowledge. 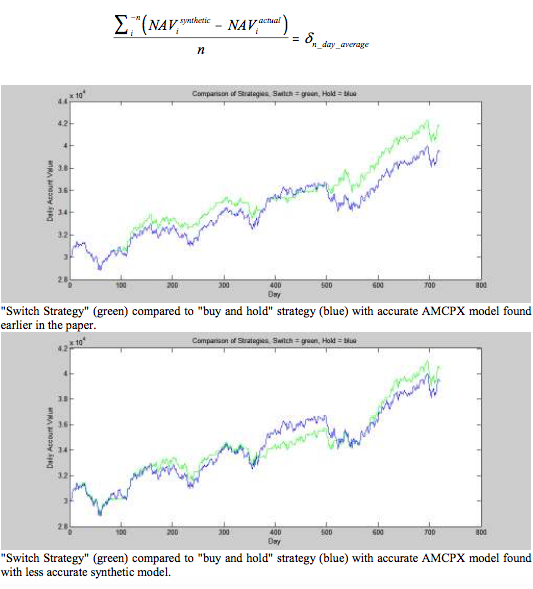 Of course many have sought after the fabled promise of, “being able to predict the stock market.” While this premise is justifiably known to be impossible, there are various gaps and opportunities the leverage algorithmic trading which open up from time to time based upon leveraging price gaps between continuously priced products and, “discretely priced” products which are priced on a daily rather than second by second basis.

Check out my Portfolio